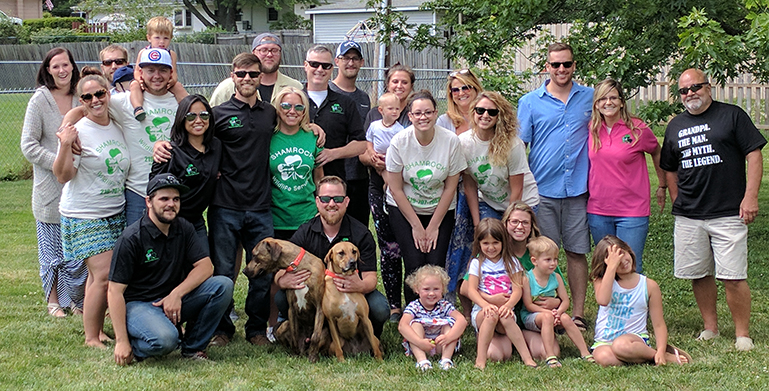 My interest in nature and animals began at a young age. When I was 7 years old, my father took me on my first whitetail deer hunt. Since then, I have been fascinated with the cycle of nature. My father taught me at a young age that the culling (or thinning) of the herd was a natural process. However, a little help from hunters like us was needed. He made a point to teach my brother and me that hunting was not about hating animals, but about respecting each one for what it was and its place within nature. After a few more hunting expeditions, he began to teach me how to set traps in order to catch animals safely and humanely. Though my father introduced me to trapping, my grandfather taught me the fundamentals while reinforcing love and respect nature.

Trapping became what I wanted to do with my life. I learned everything I could about the animals I trapped beginning with raccoons, which in my opinion are the easiest to catch. They have a common diet and are more than happy to eat left-over trash. Next were beavers. I was amazed at the amount of destruction beavers could cause to a pond in a single night. Some friends and families I have trapped for have had their homes flood year-round from beavers.

I soon moved on to more challenging animals: coyotes and foxes. Both coyotes and foxes are from the canine family, but coyotes are the most difficult to trap. When I adopted a trapping process by thinking like a canine, I began to catch more coyotes than anyone else I knew. By this time, trapping the smaller nuisance animals came with relative ease. The knowledge and experiences that brought me to where I am now are owed to my grandfather for being such an eccentric trapper. He trapped with instincts that came from life’s experience, rather than a book, magazine, website, or article. He found the ways that worked the best and shared his knowledge with me.

In addition what I learned from my father and grandfather, I studied in the Conservation Law Enforcement program at Vincennes University. Earning my degree enabled me to learn about wildlife in a classroom setting from various professionals. In fact, many of my professors were previous conservation officers. Yet, shortly after graduation, I realized a career as a conservation officer position was not my true calling, and I decided to take a different approach with my talents. I obtained a Nuisance Animal Control permit, found someone who offered me a trapping job, and I was on my way. I learned a great deal more about animal control after working for someone else in the business. That enabled me to start my own career and better serve homeowners and farmers who have problems with nuisance animals.